Our tried and tested bolt locks are intended for use with through-bolts that are coach, countersunk or stepped so that, should a thief attack the head of the bolt and remove it, they will be unable to hammer the bolt shank through the existing hole.

We manufacture two bolt-lock models for through-transom bolted outboard engines. Each has a 13mm diameter hole in the body unit. A stainless steel reducing bush is available to reduce the hole to 10mm. 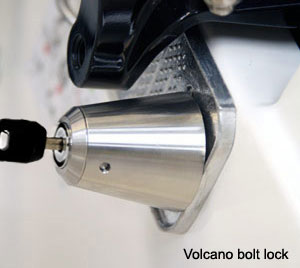 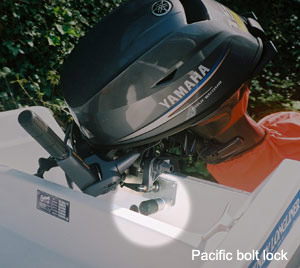 We make five models of insurance approved slot lock because our extensive research and development has shown the importance of having the correct size of lock for the outboard motor you have.  The Small Slot Lock is designed specifically for Honda and Suzuki 2-3hp. The Atlantic Slot Lock is our most substantial insurance approved outboard motor lock and is made in four lengths: 170mm, 195mm, 230mm and 260mm; each with a 14mm slot. A high security locking head (HSH) is supplied as is a black dust cap and a rubber liner. 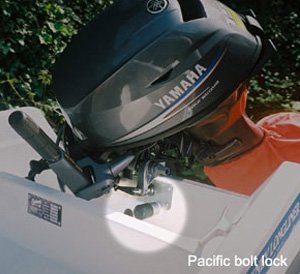 The Volcano Bolt Lock represents the pinnacle of OML’s insurance approved bolt lock development. It is now regarded by many in the industry as the best bolt lock on the market as it has been designed and built to resist removal by the most robust actions.